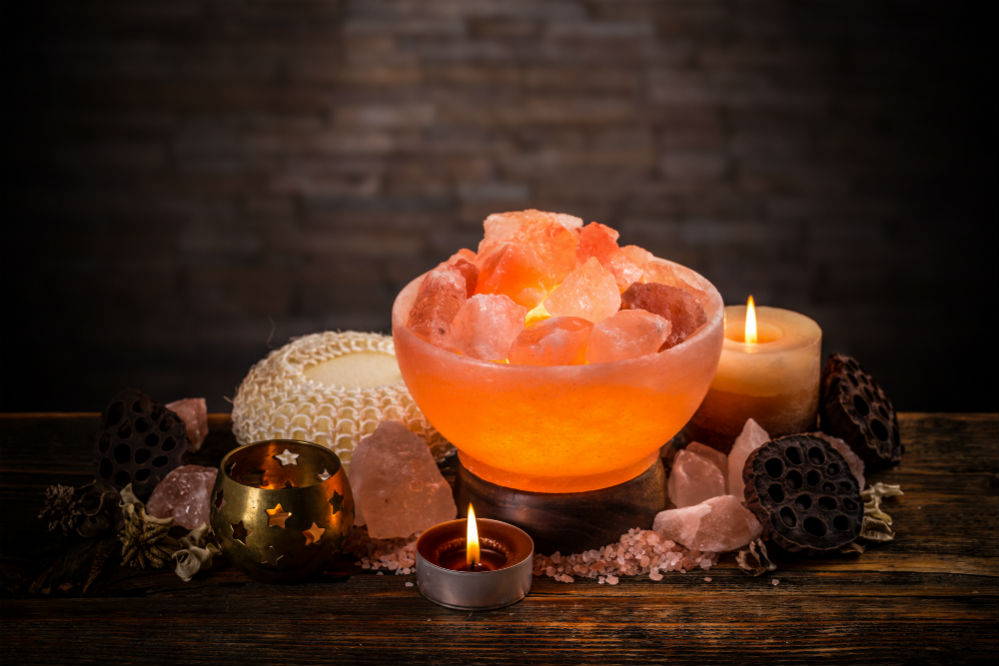 How to Tell if Your Himalayan Salt is Real

Salt is one of the essentials of life and is generally made up of two electrolytes – sodium and chloride, both of which help maintain the fluid balance and regulate blood pressure in your body. However, sea salt has recently garnered a bad reputation owing to the increase in pollutants such as microplastics in the ocean, and the extreme bleaching and refining processes it goes through.

So the table salt sitting beside your plate may fall short of nutritional value, and consequently may not be as healthy as you think it is. Spanning approximately 2,400 kilometers in Asia, the Himalayas are regarded as the tallest mountains in the world and join the Indian and Eurasian tectonic plates. In this article we will have a look at how to tell if your Himalayan salt is real.

What is Himalayan Salt?

Before the epic peaks of the Himalayas developed around 250 million years ago during the Mesozoic era, a primordial sea existed in the same location where the peaks now stand. This sea evaporated over time resulting in sea beds rich in crystalized life-sustaining minerals to form the rare, extraordinary and valuable Himalayan pink salt.

Himalayan salt was first used by the people of the Himalayas to preserve their fish and meat throughout the year, and some of it was traded to the Nepalese valleys during the spring of each year. To this day, this truly old spice is handpicked from the caves, hand-crushed, hand-washed, dried in the sun, and without the use of any mechanical devices or explosion techniques.

Even though Himalayan salt possesses sodium chloride just like regular salt, what sets it apart is that it contains 85 percent sodium chloride and the remaining fraction contains over 80 minerals and trace elements.

Regular table salt contains over 99 percent sodium chloride, but what’s worrying is the fact that the average American consumes approximately 3,400 mg of it per day—almost 50 percent more than the recommended amount.

How to Tell if Your Himalayan Salt is Real

White Himalayan salt is rare and highly sought after and therefore will be much more expensive than other color varieties. Light pink or yellow colored Himalayan salt are a mix between white and orange colored salt, whereas orange is a favorite among individuals and tends to emit the warmest glow, and red is the darkest of all.

If you’re wondering how each color affects your mood, it is said that white represents cleansing, healing, detoxification, pink stimulates love, emotion and sense of partnership, orange improves kidney and bladder function and nervous system, and red enhances blood circulation.

Given the surge of appeal in Himalayan salt, some merchants are starting to sell cheap knockoff versions of the real deal, which probably will not have any positive effects on your health, but may cause health-related issues instead.

If you choose the darker rocks from a bottle or package and dissolve them in water, you will notice a mud-like slurry that will not dissolve. The best way to ensure that the powder Himalayan salt is genuine is to buy from a reputed online or offline manufacturer.

As mentioned earlier, white colored Himalayan salt is rare and expensive, and costs more than other colored lamps. Whether you buy white, pink or red colored lamps, note that they are pricey items and ones that are extremely low priced could very well be fake products.

Genuine Himalayan lamps absorb moisture from the air, start sweating and shrink over time. But if you have a lamp that doesn’t sweat especially in humid or hot weather, it may be a poor quality or fake product.

It chips or breaks

Himalayan lamps are extremely fragile, so it’s common to see crumbs in the box when it arrives. If you don’t, there’s no need to stress as the item may have packed and handled exceptionally well. Additionally, if you do happen to accidentally drop or bump your Himalayan lamp into another solid and it stays together without any damage to it, it could very well be a fake.

Himalayan lamps offer myriad health benefits such as reduced allergens, cleaner air and better sleep. However, the chances of experiencing any of the aforementioned benefits right out of the box are slim to none. But if you don’t notice any improvement in your ambience or the way you feel, then chances are you’ve bought a fake.

Shady manufacturers aren’t going to provide you with any sort of warranty or product guarantee, which should raise eyebrows with regards to the authenticity of the product. Sellers who do offer some type of warranty generally limit it to manufacture defects, so be sure to inspect the lamp thoroughly as soon as it arrives for any nicks and defects that may have occurred during the manufacturing or shipping process.

The widespread popularity of Himalayan salt has given rise to many unscrupulous vendors trying to sell shady products. This class of poor-quality products may seem enticing to buy owing to their rather low price tags, but keep in mind that they will not offer any of the benefits you’ve come to expect from a Himalayan lamp.

When shopping for the best Himalayan lamp or salt, it is wise to read consumer reviews and make a purchase from highly reputed manufactures to ensure your investment serves you well.